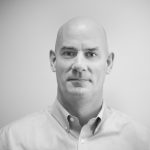 Matt Perry began his volleyball career in the early 80s, playing with Frankston in the Victorian State League. Matt was selected for the National team in 1984 and enjoyed a year in Canberra, training full time with the inaugural AIS squad.  Upon returning to Victoria Matt joined Heidelberg, playing with some legends of the game. In 1990 he moved to Sydney, to join the new National team base at Homebush, until retiring from the National team in 1994. Matthew played in the AVL for Victoria, NSW and AIS from 1983 until 2004.
Matt continued to play competitive volleyball after National and State representation, firstly with the Sydney Cedars, then teams in Singapore and New England (USA), where he worked, and most recently with Mornington; back in the Victorian State League once again, 40 years after first playing in the competition.
Upon returning to Victoria from overseas, Matthew coached the Monash men’s Honours team for four years, and the Vultures AVL team for two seasons before rejoining Heidelberg, where he is delighted to be coaching the Premier Women’s team. 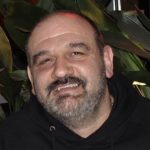 Jonny Koureskas is a level 2 coach and is an integral part of HVC. He joined the club in 2007 when there were only 4 state league teams. Jonny founded the Northern Volleyball League and was instrumental in developing the Junior Development Program.
He is currently coaching 2 of the 9 state league teams in 2022 with his focus being on developing the men’s program at HVC where he is currently the Coach of the men’s Reserves 2 team and the Junior Girls Team.
Jonny has successfully coached up to 9 teams and was part of the coaching staff that won the club championship in 2011.
He has also coached the U19 Victorian State Team in 2016.

Nicholas Wilcox started playing volleyball in high school in Sydney and then began playing in the Victorian Volleyball League (VVL) competition after moving to Melbourne in 2005. He finished his playing career in 2010 and immediately started coaching the women’s teams for Melbourne University Renegades in the VVL.
In 2019 Nicholas started coaching Heidelberg Volleyball Club Women’s Div 2 team and is an assistant coach with the Women’s Reserve Team.
He has also been an assistant coach at camps for the Women’s National Junior Development Program. 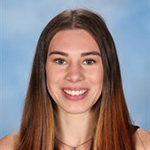 Emily Saunders is a Level 2 coach and a level 1 referee.  She has come from an elite gymnastics background and she plays in the Division 1 Women’s AFL Team at Diamond Creek.  Prior to 2020, she played for Heidelberg in the Div 1 Women’s Team.  She is one of the head coaches in the Junior Development Program and is also the Junior Boys State League Team Coach in 2022.  Her passion is to encourage everyone to be the best they can. 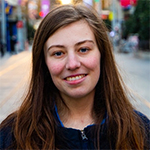 Charlotte Saunders is a level 2 coach. She currently coaches the beginner players in the mixed volleyball Junior Development Program. She is also one of our Tournament Day Coaches and has coached many teams to place gold, silver and bronze. Her speciality is to make sure that everyone’s technique is improving whilst providing a fun and enjoyable environment. 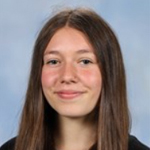 Amy Saunders is a level 1 coach and a level 2 volleyball referee. She coaches in the Junior Development Program and prior to 2022 played with the club in the Reserves 1 B Team and the Eltham High School Honors Team.  She also plays AFL footy with Diamond Creek Women’s and comes from an elite gymnastics background. She strives to make training a fun and inclusive environment for all. 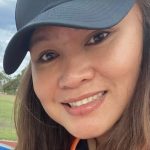 Kesinee Lithawat has a FIVB Coaching Level 1 qualification.
She played for the National Thailand volleyball team from 2000 until 2010. She played in the 22nd Sea Games Vietnam 2003, the 22nd University Dargu Korea 2003, the World Grand Prix 2004 and the V-League in the Philippines in 2007 and 2010.
She has also coached in the Thailand junior program.
She was the Assistant Coach For The 1st Asian University Women’s Volleyball team Championships in 2009.
After she moved to Australia, she played in the Premier Women’s team for the following clubs: Heidelberg (HVC), VU, Monash, Eastside Hawks and she now plays for Dandenong. For the past two years she has been coaching the Premier 2 Women’s at HVC. 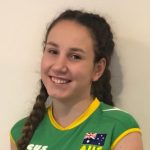 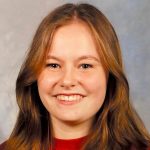 Claire Semmens is a level 2 referee with 7 years of volleyball experience. She currently plays in Heidelberg’s Reserves 1 State League team, whilst completing year 12 VCE at Strathmore Secondary College. She is coaching for the second year at the club and enjoys seeing the juniors having fun, as well as helping them hone their volleyball skills. Currently she mainly coaches U17 girls while occasionally helping out in coaching the U17 and U15 boys.

Ashleigh May is coaching her second year as a club coach although she has many years of experience, coaching school teams. Ashleigh is one of the most senior players within the club and has enjoyed having the opportunity to coach a VVL team. Her qualifications as a teacher and her playing experience means Ashleigh will be able to deliver very good technical and tactical training sessions as she works with athletes who are relatively new to the VVL environment.